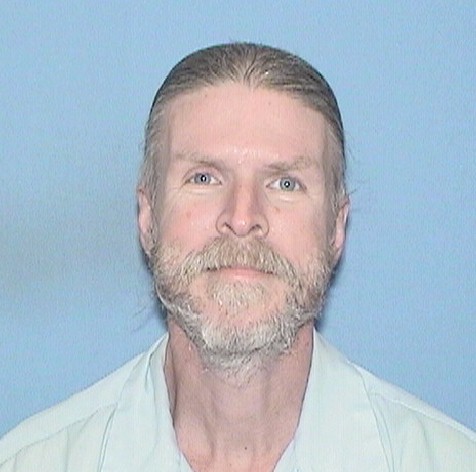 On November 8th, 1985 the town of Mt. Vernon, Illinois was left in utter shock by a crime so heinous that the citizens struggled to understand why and how it happened. It was a day that citizens will never forget, a day that marked the end of five lives. This is the story of the Massacre in Mt. Vernon.

Thomas V. Odle was born five days before Christmas in 1966. His parents were a young married couple in Mt. Vernon, Illinois named Robert and Carolyn Odle. In Robert Hanlon’s book, for which Thomas Odle collaborated, Survived By One, The Life and Mind of a Family Mass Murderer, Carolyn is described as living a childhood that was very restrictive and possibly even abusive. As a result of her upbringing, Carolyn became a mother who allegedly perpetuated the cycle of abuse. Robert, on the other hand, was more passive than his wife. In a letter to Hanlon, Tom states “My mother was a very strict woman. I was never allowed to play with other kids in the neighborhood. She wouldn’t let me go to their homes, and they weren’t allowed to come to my house. If my mother saw some kids in our yard, she would chase them away. And that would lead to teasing at school the next day” (Hanlon, 2013, p. 7). He further describes his mother having an explosive temper and rarely showing love.

Tom was not quite five years old when his sister Robyn was born. In contrast to the way his mother was cold and distant to him, Tom believed that she was very loving to his little sister. Tom describes in letters to Dr. Hanlon instances of not being allowed in the living room where his mother and sister were. At this point, his mother was allegedly becoming more agitated with him and physically and verbally abusive. (Hanlon, 2013). In 1972 Tom’s younger brother Sean was born. According to Tom, as described in Hanlon’s book, Sean was not wanted by his mother and treated very poorly by both himself and his mother. Tom describes being resentful for having to care for his brother Sean while his mother concentrated her affection on Robyn. (Hanlon, 2013). Finally, in 1975 the final member of the Odle family was born, Scott.

Department of Children and Family Services were involved in the Odle family, possibly giving substance to Tom’s claims of ongoing abuse. DCFS was involved after his younger brother Sean described being chained up at night to prevent him from “stealing food” (Hanlon, 2013). Hanlon’s book describes severe instances of physical, emotional, verbal, and mental abuse primarily directed by Carolyn towards her sons Tom and Sean. “I was chained 2-4 times per week for a few hours, usually from 6-9pm or so. The chaining began when I was about 9 and ended when I was about 12” Tom wrote in letters to Hanlon (Hanlon, 2013, p. 32). Tom alleges that his father was complicit in the abuse because he did nothing to prevent it. DCFS only removed Sean temporarily and eventually all the Odle’s were under the same roof again in Mt. Vernon, IL.

As Tom grew into an adolescent, he found himself in trouble. His delinquent record included one count felony theft, four counts residential burglary, and one count of attempted residential burglary (Supreme Court of Illinois, 1989). He admits to drug abuse that included marijuana, cocaine, heroin, and alcohol (Hanlon, 2013). Paul Odle, brother of Robert Odle said Tom had “been giving his parents problems with his drinking and drug abuse” (Houston, 1985).

Tom’s problems as a young adult, aged 17-18, also included sexual activity with younger girls, per his own admission in Hanlon’s books (Hanlon, 2013). He states that due to an unexpected pregnancy, he was forced to go into the military to avoid charges of statutory rape. Per Tom, the girl was forced to have an abortion as well. Tom returned from the army after an honorable discharge, but his girlfriend broke up with him. At this point, he struggled to hold down a job and sunk into a deep depression. (Hanlon, 2013, p. 75-76).

Conflicts with his parents continued as he abused drugs and alcohol and continued to participate in illegal activities. In 1985, Tom had seemingly hit rock bottom as he was unable to find success or belonging in his life. His parents, according to Tom, told him he needed to move out of their house by 4pm on Friday November 8th, 1985. This followed numerous conflicts with his parents in which Tom admits he got violent with his mother on occasions. Tom states that at this point in time, he was suicidal and planned to kill himself on Friday. (Hanlon, 2013, p. 80).

According to Tom’s confession to police, on the morning of November 8th, 1985 he woke up around 9:30 am and smoked a cigarette. He further explained that he went to the kitchen to get something to eat and slid a knife into his pants. His father was the only person at home at that time. Tom describes going back into the kitchen and stabbing his father with the knife in the neck. His father attempted to move towards the phone, but Tom blocked his attempts and continued stabbing him in the neck and stomach. His father died in the kitchen, but Tom drug his body to the master bathroom. (Supreme Court of Illinois, 1989).

In Hanlon’s book, Tom personally describes waiting for his mother to return home and ambushing her as she walked in the house. He stabbed her in the neck and forced her to look at her dead husband on the master bathroom floor before killing her with multiple stab wounds. Carolyn Odle died on her master bedroom floor. (Hanlon, 2013, p. 86). Tom cleaned up after the murder of his parents. But he wasn’t done yet.

He went to see his underaged girlfriend around lunch time and hung out with some friends. Then he returned to the Odle home and waited for his brother Scott to get home from school. Scott reportedly asked Tom about the blood spatter on the walls and Tom reassured him it was paint. Tom began strangling Scott, first with his hands and then with a pair of pajama pants. He laid his dead body on the floor of his parent’s bedroom. (Supreme Court of Illinois, 1989). Scott Odle was just ten years old.

Carolyn typically picked up Sean and Robyn from school, but on Friday November 8th, 1985, Tom took his father’s car and went to pick up his other two siblings. Upon returning home from the school, Tom blindfolded his brother Sean, tying his hands behind his back. He brought him to the master bedroom and began stabbing his brother in the throat, neck, and head. He left the room to get Robyn, but he heard a noise that made him turn around. He found that Sean was still alive, so he stabbed him in the head a few more times before his body went lifeless. (Supreme Court of Illinois, 1989). Sean Odle was thirteen years old.

Finally, Sean went to get his sister Robyn. He put his hands over her eyes and told her he had a surprise, leading her to the master bedroom. According to Tom, Robyn said “This better be a good surprise” before he removed his hands from her eyes and yelled “surprise” (Hanlon, 2013, p. 90). He describes the fear in her eyes as he stabbed her repeatedly in the neck and side of her abdomen. (Hanlon, 2013, p.91). Robyn Odle was fourteen years old.

What does a nineteen-year-old do after killing his entire family? For Thomas Odle it was to meet up with friends, drink alcohol, use drugs, and stay the night at a motel in Mt. Vernon that was not even one mile from where his parents and siblings lay dead. (Hanlon, 2013). Tom was taken into custody while leaving the nearby hotel the next morning with a fifteen-year-old girl. (Houston, 1985). He admitted to the murders under questioning, apparently showing no remorse. “He was calm, cool, and collected” said his uncle Paul Odle (Houston, 1985).

The bodies of the Odle family were discovered after Robert Odle failed to show up for his 4pm shift at the Illinois Bell Telephone Company (Houston, 1985). The bodies of Carolyn, Robyn, Sean and Scott were found in the master bedroom while Robert’s body was found in the master bathroom (Supreme Court of Illinois, 1989). The town was shocked and disgusted by the crime, seeking justice for the family. Carolyn, despite her history of allegedly abusing her children, was respected in the community and the president of the PTO at Horrace Mann School in Mt. Vernon (Hanlon, 2013). “Bobby was just a wonderful man. You couldn’t ask for a nicer person” neighbor Sarah Sheilds told the Chicago Tribune in 1985 (Houston, 1985).

In 1986 jurors took less than two hours to find Thomas Odle guilty of five counts of murder (Fox, 1986). Prosecutors pursued the death penalty, but the defense argued that Tom was “a child abuse victim who was under stress and out of control at the time of the killings” (Fox, 1986). Tom also claimed he was under the influence of LSD at the time of the murders (Hanlon, 2013, p. 114). Several psychological examinations were performed, and evidence was presented at trial. The findings supported a border line personality disorder diagnosis and findings consistent with prolonged child abuse (Supreme Court of Illinois, 1988). Thomas V. Odle was sentenced to death in 1986 for the murders of his family.

“When I was given the death penalty I had no real feeling, which was probably why the judge said I lacked remorse” Thomas Odle (Hanlon, 2013, p. 133) Tom Odle became the youngest person on death row in Illinois at the time as he was just nineteen (Hanlon, 2013, p. 134). While on death row, Tom was married to a woman who wrote to him and later divorced. He served time with John Wayne Gacy, infamous Chicagoland clown serial killer. Tom was on death row for seventeen years before Governor George Ryan commuted all death sentences to life in prison in Illinois after a series of wrongful convictions were overturned. (Hanlon, 2013).

Tom Odle began corresponding with Robert Hanlon, a neuropsychologist, in order to gain understanding as to why he made the choices he made (Farberov, 2013). The resulting communications resulted in Hanlon’s book Survived By One: The Life and Mind of a Family Mass Murderer. If you are interested in learning more about this crime and the psyche of Tom Odle, I highly suggest reading this book. There are also articles including photographs in the reference section of this blog post.

Thomas Odle is currently serving a life sentence with no possibility of parole at Dixon Correctional Center in Dixon, Illinois. He has been in custody for over thirty-five years, but the pales in comparison to the lives lost. Robert, Carolyn, Robyn, Sean, and Scott lost their lives in this heinous crime and with them died all the potential for Thomas Odle’s life outside of prison walls. Would his life had been different if he had felt the love of his mother? Would it have been different if he remained in the military? No one can answer these questions with certainty, but Thomas Odle was spared the death penalty and now holds within him the power to make something positive out of the life he once squandered.