Most people go into a marriage with the expectation of living happily every after. However, marriage can be very difficult and sometimes does not work out the way we intend. When domestic violence is involved, the relationship is not only toxic but downright dangerous. Here are two stories of marriages that ended the worst way possible, with murder.

In 1992, Christopher Englerth and Tammy Bannert, both of O’Fallon, Illinois tied the knot. Over the next ten years, the couple welcomed three children and eventually moved to Highland, Illinois. They were renting a duplex in Highland and Tammy was working at a local candy store called The Chocolate Affair. However, it was not exactly happily every after.

In late 2004, Tammy lost her job and faced criminal charges after she was accused of stealing money from her employer. In July 2004, Tammy plead guilty to stealing $16.443 from her employer (Firehouse, 2005). Her sentencing was scheduled for January 5th, 2005. Before she could even be sentenced, Tammy Englerth was charged with financial institution fraud for writing a bad check for $5,775 and trying to open an account with Scott Credit Union with those funds (Firehouse, 2005). This happened on January 4th, 2005.

On the morning of January 5th, 2005, a 911 call came in from the Englerth’s home. The duplex was on fire. Outside the home, Tammy and Christopher and their eight-year-old son were safely out of the burning building. Christopher Englerth had burns all over his body and was immediately transferred to a St. Louis Hospital burn unit. Tammy Englerth also had burns on her hands, ankle, and had singed hair (Firehouse, 2005). She too, was transferred to the hospital. Their son was free of any injuries and their other two children were at school at the time of the fire.

On January 11th, 2005, thirty-year-old Christopher Englerth succumbed to his injuries and passed away. Meanwhile, police confiscated a lighter, gas can, and evidence of accelerant from the duplex. They fire marshal had ruled the fire arson, meaning Christopher Englerth’s death was either homicide or suicide.

Tammy was released in late January from the hospital, only to be immediately arrested for the theft charge and failure to appear (Gustin, 2005). Police interviewed her about the fire and her relationship with her husband. After analyzing the facts of the case, the evidence, and Tammy’s interview, the police felt they had solved their case. Tammy Englerth was charged with first degree murder on January 26th, 2005 (Gustin, 2005).

The charges included aggravated arson and three counts of first-degree murder. Prosecutors believed that Tammy had brought her son outside to the car that January morning, only to go back into the house. She then poured gasoline on Christopher, who was asleep at the time, and lit him on fire (Horrell, 2005). Somehow, Chris managed to escape the home, but his injuries were too severe.

Court records showed that Tammy Englerth had previously filed for divorce from her husband, but never proceeded with finalizing the divorce (Horrell, 2005). She had also sought a protective order from him in the past, which would be the foundation of her defense. Tammy claimed her husband was extremely abusive and that was her motive for setting him ablaze. In 2007, however, Tammy Englerth plead guilty to first degree murder (Thorsen, 2007).

At her sentencing hearing, her attorney asserted that Tammy was a victim of domestic violence. Her physician testified that he had treated Tammy for injuries consistent with domestic violence in the past (Thorsen, 2007). These injuries included bruises that appears to be from a boot kicking her, head wounds, and twisting bruising patterns to her wrists. He testified that he advised her to go to a woman’s shelter (Thorsen, 2007).

The prosecution and Chris’s family disputed these claims. They stated that Tammy was in severe legal trouble between her theft charges from The Chocolate Factor and Scott Credit Union. They believe Tammy was hoping to collect Chris’s $20,000 life insurance (Thorsen, 2007). Christopher’s father, Armin Englerth was quoted in the St. Louis Post Dispatch “You can’t believe a thing that girl says” (Thorsen, 2007). Furthermore, the prosecution presented another witness who claimed to have a sexual affair with Tammy Englerth in 2003. He claimed she gave him several gifts for his truck that totaled approximately $2,000 (Thoreson, 2007).

Tammy Englerth testified at her sentencing hearing as well claiming she “would take his place in a heartbeat” (Thoreson, 2007). She expressed deep remorse for her actions, but the Englerth family did not believe her. Tammy was already servicing a four-year sentence at Dwight Correctional Center for her theft charge (Thoreson, 2007). Tammy Englerth was sentenced to forty years in prison for the murder of her husband.

In 2015, Illinois Governor Pat Quinn was preparing to leave office and reviewing clemency, commutation, and pardon requests. Among many requests that Pat Quinn granted, Tammy Englerth’s forty-year sentence was commuted to twenty years (Hampel, 2015). Attorney Rachel White-Domain stated in the petition that Christopher Englerth had “abused her in every way imaginable” (Suhr, 2015). She also claimed, “Tammy’s actions that day reflect not only her panicked state of mind but also the impact of her being traumatized by Chris’ extreme physical, emotional, and sexual violence for more than a decade” (Suhr, 2015). However, the prosecutor for Madison County stated the commutation was “a miscarriage of justice” (Suhr, 2015). Tammy Englerth is expected to be released from prison in January 2025 (IDOC). 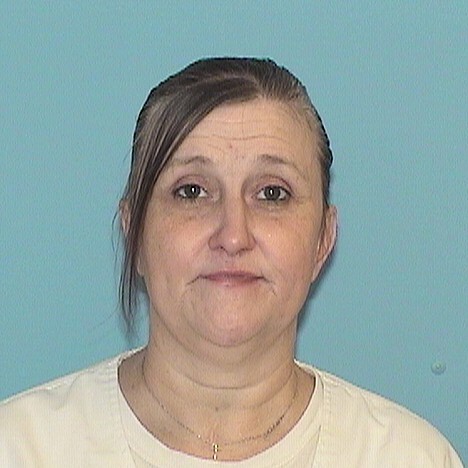 Peggy Jo was born in Shelbyville, Illinois and raised on a farm, like many midwestern kids. When she was eighteen years old, she met Williams Jackson who she described as kind and charming. The quickly married, but when Peggy Jo became pregnant, their relationship drastically changed according to Peggy.

At this point, Peggy says William became very abusive and controlling. He was physically, emotionally, mentally, financially, and sexually abusive according to Peggy (Illinois Innocence Project, 2012). Like many other domestic violence cases, William allegedly sought to control and reduce Peggy’s contact with her family and access to financial resources. Peggy claims she did everything she could to make William happy.

The abuse became worse after the birth of Peggy and William’s second daughter. According to Peggy, William blamed her for not bearing a son. The family lived in a run down two-bedroom house on a rural farm near Mt. Vernon, Illinois. The couple welcomed two more children to their family despite making very little money. Peggy was expected to take care of the livestock, garden, and children at all times. “She was a farmhand” Peggy’s sister later told the prison review board (Sweeney, 2012).

Peggy further described her abuse saying “He controlled me, our children. Got to the place I couldn’t breathe, eat, or sleep without his permission” (Illinois Innocence Project, 2012). The abuse intensified when Peggy learned she had cervical cancer and would need a hysterectomy. She claims William told her “You won’t be a woman anymore, you’ll be an it” (Illinois Innocence Project).

Eventually, Peggy Jo had had enough. She asked William for a divorce in late 1986 after twelve years of marriage. In response, he allegedly violently beat and raped her (Illinois Innocence Project). Peggy was able to speak with her siblings about the abuse and her brother, as most brothers would be, was irate. He told Peggy he was going to come “have a talk” with William.

On December 3rd, 1986, the charred remains of William Jackson were found in the family’s vehicle in a ravine off Old Highway 15 in Mount Vernon (Herald and Review, 1986). The coroner determined Mr. Jackson died of a single gun shot to the head. The vehicle provided evidence of accelerant used to light the body on fire post-mortem. The death was quickly ruled a homicide and the investigation began.

Richard Harshbarger, Peggy Jo’s thirty-five-year-old brother, was a suspect and his home was searched along with the Tower Hill Cemetery. It was in the cemetery that the gun used to kill Mr. Jackson was recovered (Herald and Review, 1986). By December 8th, Richard Harshbarger and Peggy Jo Jackson were arrested and charged with first degree murder in the case.

The primary witness for the prosecution was Debbie Gatons, Peggy’s sister-in-law. Gatons testified against Harshbarger and Jackson in 1987. She claimed she was present when the murder occurred. She rode with Harshbarger to the Jackson home and handed him the gun, a gun that belonged to her, when he requested it (Associated Press, 1987). According to prosecutors, Peggy Jo coerced her brother to commit the murder. The two were tried together. The suspected motive was financial gain, with Peggy standing to gain $248,000 from a life insurance policy (Wilkinson, 1987). No evidence of abuse was presented by the defense. The prosecution claimed that Peggy Jo made a false domestic violence report that morning to delay law enforcement’s arrival at the scene of her husband’s body (Yeagle, 2013).

Harshbarger and Peggy Jo were both sentenced to life in prison. Despite her testimony, Debbie Gatons was later charged with conspiracy to commit murder as she made no deal with the prosecution in exchange for her testimony (Guzior, 1987). Richard Harshbarger died in prison in 2006.

According to her appeals and clemency petitions, Peggy Jo claims she was asleep when her brother arrived at the home. Upon his arrival, she took her kids and left to a neighbor’s house while her brother spoke to her husband. She claims she did not know her husband would be killed (Yeagle, 2013). Peggy’s case would eventually be taken on by the Illinois Innocence Project and the Illinois Clemency Project for Battered Women.

The lawyers handling her case in 2012 and 2013 poked holes in the prosecution’s case, claiming Debbie Gaton’s was an unreliable witness. Mental health professionals that treated Peggy since her incarceration claimed she suffered from post-traumatic stress disorder as a result of her abuse (Sweeney, 2012). However, the abuse was not documented at any point in time. The lawyers defend her still, claiming that in the 1980’s domestic violence was not taken as seriously as it is now and Jefferson County, Illinois had no battered women’s shelters at the time (Sweeney, 2012).

Jackson’s original defense attorney eventually advocated for her clemency as well, citing his failure to present evidence of abuse and allowing Jackson to be interviewed by investigators while in a fragile mental state (Sweeney, 2012). “There is not a month that goes by when I do not think about the miscarriage of justice that occurred in this case” he said (Sweeney, 2012).

In March of 2013, Peggy Jo Jackson was freed from prison after being granted clemency by former Governor Pat Quinn. Peggy Jo served twenty-five years in prison and during that time she was a model prisoner. She trained dogs for the Helping Paws program, which provides service dogs for people with disabilities (Illinois Innocence Project). Upon her release, Peggy moved with family to South Carolina to start her life over again.

Did Peggy Jo Jackson and Tammy Englerth deserve to serve their entire sentence for the murders of their husbands, or did the abuse they allegedly suffered at the hands of their spouses justify their early releases? This question will likely always be passionately debated by the victims’ families and the families of Tammy and Peggy. What is not up for debate is that abuse is never okay. We have made progress since the 1980’s, but not enough by 2005 to prevent Christopher Englerth’s death. According to the National Coalition Against Domestic Violence, one in four women and one in nine men experience intimate partner physical violence (NCADV, 2021).

If you are experiencing domestic violence, contact The National Domestic Abuse Hotline at 1-800-799-7233.