DNA Does Not Lie: The Krystal Naab Story

On July 23rd, 1991, Curtis Naab returned to the trailer home he shared with his mother and sixteen-year-old sister Krystal at approximately four in the evening. When he entered the home, he found his sister lying in a pool of blood with a box fan blowing over her. He tried to clean the blood off her face and wake her up, but it was to no avail. Krystal was gone. It was the first murder in Fayette County, Illinois in almost a decade, shocking the small rural community. A suspect was quickly identified and arrested, but did the investigators find the murderer or an innocent man?

Krystal Lyn Naab was born August 9th, 1974, in Vandalia, Illinois. Her parents were divorced, and she lived with her mother and older brother in Ramsey, Illinois. She was planning to begin her junior year of high school that fall at Ramsey High School. Her friends and family said she was never in any trouble, and they could not understand why someone would want to harm her. When police arrived following a 911 call from her brother Curtis on that hot July day, Krystal was declared dead at age sixteen.

The autopsy revealed that Krystal Naab had been stabbed approximately eighty times with a scissors. She was found partially clothed. While a small semen sample was collected from her body, there was no conclusive evidence suggesting she had been sexually assaulted. The autopsy also revealed that Krystal was approximately twelve weeks pregnant at the time of her death. Unfortunately, samples from the fetus for DNA testing were never collected.

Curtis Naab told authorities he left the home at 7:30 that morning and Krystal was still asleep. He woke her briefly and suggested she mow the grass before it got too hot outside. That was the last time he saw his sister alive. Neighbors said they saw a white Dodge pickup parked at the Naab trailer from approximately 10am until 2pm. The mail man said that he delivered mail at 12:25 pm and waved to Krystal, indicating she was killed between 12:30pm-4:00pm. Curtis Naab provided police with their biggest lead: the owner of the pickup truck.

Curtis’s friend Stuart Heaton, a twenty-four-year-old carpenter, drove a white Dodge pick-up. He had been driving around with Curtis a few days prior to the crime. Police went to see Stuart Heaton and it was noted that he had scrapes and scratches on both of his hands. He claimed those were from his work as a carpenter. Stuart cooperated with the investigation and provided fingerprints and a DNA sample. The DNA sample came back as a match to the semen found on Krystal’s body.

Heaton’s mother and stepfather reported that Stuart came to their home at about 3:35 pm on the day of the murder. They lived close to Krystal, only a few miles away. He was wearing sweatpants and no shirt at the time. Heaton’s wife reported Heaton visited her at work between 4 and 4:30 pm that day, which was unusual. According to a co-worker, his wife expressed her concerns that Stuart was acting suspicious that day. His wife would later deny making that comment.

Despite Stuart’s arrest, rumors raged around the small Fayette County community. A set of brothers, in their fifties, were rumored to have been involved in the murder. According to a documentary on Court TV entitled The Wrong Man: Stuart Heaton, the older men were heavily involved in drugs and had violent pasts. While I will not share their names since they have not been charged with a crime, I can share that they have both been in prison for numerous drug related charges. In the documentary, one of those men’s ex-wives said she immediately believed her ex-husband committed the crime because he had threatened her with scissors before, was very violent, and had a history of sexual abuse against young girls. Per records found on Judici.com, this man was charged with raping a child but was found not guilty around the time of Krystal’s murder. The rumor was that Curtis Naab owed the brother’s money for drugs, which led to the murder of Krystal. It doesn’t appear, however, that this theory was ever properly investigated.

Stuart Heaton had been in trouble once before, in 1986, and Curtis Naab was a key witness in that incident. Apparently, a girl rejected his advances, so Heaton used a rock to scratch her car. Heaton made restitution in that case and never faced prosecution. Another girl claimed that Stuart had a much darker past. She claimed that when she and her friend were at a drinking party in 1986, Stuart raped her after she passed out in an upstairs bedroom. She was fifteen years old at the time. She never reported the rape because she was afraid of getting in trouble for drinking.

At trial, eyewitnesses testified about the white Dodge pick-up truck parked at Krystal’s home that day. “Heaton owned a white pickup truck which had distinctive hubcaps” (Heaton V. Gaetz). A photograph of Heaton’s truck was shown to witnesses, who said that the truck they saw did not have a toolbox on the bed, but Heaton’s did. However, Heaton’s neighbor testified that he helped put the toolboxes on the truck at approximately 6pm the day of the murder.

The photographs of Heaton’s injuries and the DNA evidence were the prime evidence against him. The DNA test concluded that there was a 1 in 52,600 chance that the semen came from someone other than Stuart Heaton. In terms of DNA evidence, this is not exactly rock solid. The defense expert, Dr. Gary Litman, said it was “the worst quality DNA work I’ve ever seen done” (Wikipedia). It was enough for the jury, however. They convicted Stuart Heaton of first-degree murder in June of 1992. He was sentenced to life in prison without the possibility of parole.

Stuart had supporters, however, who were not convinced of his guilt. There were no fingerprints, no hair, and no clothing fibers connecting Stuart to the scene. In the documentary from Court TV, found on YouTube, witnesses say that the two brothers that many suspected of the crime also had a white pickup truck. The prosecutor said that truck was ruled out due to the fact that it had a cracked windshield which was inconsistent with the witness descriptions of the vehicle. Plus, many who knew Stuart Heaton were positive it was his vehicle.

On this documentary, the primary suspect, one of the two brothers, according to small town gossip is interviewed. He is a middle-aged Vietnam veteran who spoke of his time in the service and claims to have worked undercover as a drug informant. He denied having a violent past or knowing Krystal Naab, despite some witnesses claiming to have seen the two together in the summer of 1991. While much of what he said was no doubt a lie, as proven by searching his criminal history, there was nothing concrete discovered to connect him to the crime.

The documentary also presented two alibi witnesses who were never called to testify by the defense. The first was a lumber yard owner who said he worked on an estimate for Stuart at the lumber yard from 7:30-8:30 am the morning of the murder. Another woman claimed to see him at the lumber yard at approximately 12:25pm that afternoon, when he was allegedly at Krystal’s house. The defense attorney handling Stuart’s appeals stated that Stuart and Krystal did not have a social relationship, but she did have one with the older man that many suspected. However, it is clear that Stuart Heaton was friends with Curtis Naab since at least 1986, five years before the murder.

Stuart’s attorneys filed many appeals to have his conviction overturned, all of which were denied. However, the questionable DNA evidence did lead to a July 2001 ruling in which granted a new round of DNA testing. The DNA testing, Stuart’s best chance at getting out of prison, did little to help him. The new DNA test proved that Stuart Heaton was the murderer with an accuracy of 31 billion to 1 (Wikipedia). The Fayette County prosecutor did in fact have the right man behind bars for Krystal Naab’s murder. 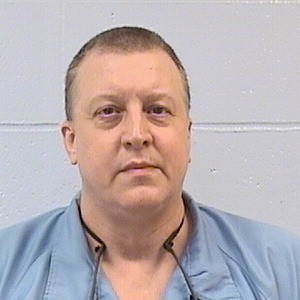 Stuart Heaton had a history of acting out when romantically rejected. Despite being married and expecting a child, Stuart most likely sexually assaulted and murdered Krystal Naab that hot July day in 1991. Krystal, who was just sixteen years old, was expecting a child. It would have been interesting to determine the paternity of that child. Was it Stuart’s child? It is well established that women are more likely to be murdered when they are pregnant. Could Stuart have been trying to prevent his wife from learning of a sexual relationship with Krystal? Perhaps she simply rejected his advances.

Despite a rather convincing documentary pointing to Stuart as the victim of a wrongful conviction, Stuart Heaton was responsible for Krystal Naab’s death. While documentaries can paint a convincing picture, do not be deceived as they sometimes leave out critical information relevant to the case. This is an example of a documentary that almost had me convinced, but DNA does not lie.