On the morning of March 13th, 1993, a hunter was walking in a rural field outside Carlyle, Illinois. Instead of finding his expected prey, he found a grisly scene. He found a winter jacket and gloves with a blood trail leading to a line of trees. Near the trees he found the body of a deceased woman. The hunter immediately called 911. The woman was pronounced dead at 11:25 am. She was quickly identified as Michelle Laux.

Michelle Laux was born in 1962 in Cincinnati, Ohio. She married her loving husband, Ken Laux, in 1983 and the couple settled in rural Carlyle. Ken described his wife as “the most interesting person I had ever met, strong, intelligent, and unafraid to tackle any obstacle” (Breese Journal, 1994). Michelle loved animals and gardening. Ken and Michelle bought a farm in 1984 and started to “live off the land”. The couple welcomed a son in 1985. “Michelle was an exceptionally strong influence on his life, on who he is… she made life fun, challenging, and exciting for him” Ken told the court in 1994 (Breese Journal, 1994).

Unfortunately, Michelle (right) was in a severe car accident in 1991. She suffered traumatic head injuries as well as an injury to her leg. As a result of this accident, her husband said she “lost her freedom and emotional stability” (Breese Journal, 1994). Michelle was in constant severe pain and suffered from seizures as a result of her head injuries. The chronic pain was unbearable and led to a path of depression, but her husband said she never gave up. “She was so strong, it seemed she was indestructible, and the world was trying it’s best to break her” Ken explained (Breese Journal, 1994).

On the night of March 12th, 1993, Michelle was seen inside the Flat Branch Tavern on IL-127 near Carlyle. Her vehicle was still parked there when police discovered her remains the next morning, about a mile and a half from the tavern. Witnesses told police that they saw Michelle leave with two young men in the early morning hours of March 13th. The two young men were local boy Robert Nail of Keysport and his cousin, Billy Marsh of South Roxanna.

The temperatures over night reached a bitter cold twelve degrees in Southern Illinois the night Michelle died. An autopsy was performed on March 13th, but because of the cold, police were reluctant to assume the cause of death. The woman had severe head trauma. Pathologist Raj Nanduri found fourteen wounds caused by multiple blows to the head. It was unclear how long Michelle was alive in the bitter cold before she ultimately succumbed to her massive injuries, but the pathologist believed she was alive at least twenty minutes after the fatal beating occurred.

Police were at the home of Robert Nail the same day Michelle’s body was found. They found both Robert and Billy there, as Billy had been visiting his cousin for the weekend. Billy Marsh was twenty years old, and his cousin Robert Nail was just nineteen years old. Crime scene investigators served a search warrant and began to comb through Robert Nail’s truck. Meanwhile, they brought the young men in for questioning.

According to Billy Marsh, he asked for an attorney, but his request was left unanswered by the law enforcement officers questioning him. The investigators said that is not what happened. They claim that Marsh was told, after requesting to “talk to someone else” (Breese Journal, 1993), that he would be booked for murder. At that time, they claim, he changed his mind and agreed to speak with investigators. Marsh said he was coerced into giving his statement when police told him his cousin had already talked.

Nevertheless, Marsh told police what happened to Michelle earlier that morning. He said that he was with his cousin at Flat Branch Tavern and started chatting with Michelle Laux, who was thirty-one at the time of the murder. They decided to leave in Robert’s truck and go back to Robert’s home a few miles away to continue partying. He said that along the way, Robert stopped the truck on a rural roadway. Marsh admitted to raping Michelle while her cousin held her down. He said his cousin then raped her.

Billy explained that after he was done, he returned to the truck, but saw his cousin Robert kick Michelle in the head several times. According to Marsh, Michelle looked as if she was attempting to get up from the lying position in the field. He said Nail had blood on both his boots and he assumed he had broken her nose. The two men left her there, alone, in the bitter cold to fend for herself. Blood patterns on the ground indicate she tried to crawl towards the tree line, presumably for shelter. Her injuries were too severe, however, and Michelle passed away shortly after the beating.

Billy Marsh and Robert Nail were arrested on March 13th, the same day Michelle was murdered. They were booked in the Clinton County Jail and bail was set at one million dollars each. Both men were assigned public defenders. (Below: Left- Billy Marsh; Right- Robert Nail)

Robert Nail may have only been nineteen years old, but he was no stranger to legal trouble. At the time of the homicide, he was facing charges in St. Clair County for reckless homicide. On April 2nd, 1992, Robert allegedly struck and killed a twenty-one-year-old man who was riding a bicycle along IL-159 near Collinsville. Nail left the scene of the accident, but Collinsville police pulled him over a short time later because his windshield was shattered, he had a flat tire, and a damaged fender. Nail’s blood alcohol contest was 0.08 about an hour after the accident.

In June of 1993, Billy Marsh and his defense attorneys petitioned the court to suppress his confession and statements made during his initial questioning. According to Billy, he was denied his right to an attorney and coerced into giving the statement. He said “I told them I didn’t want to talk to them and I thought I should have a lawyer. They told me it would be best if I gave a statement since Robert already gave a statement. Then I said I would talk to them” (Breese Journal, 1993). Evidence was also presented that he waived his right to counsel. Eventually, his request to suppress the confession was denied.

In January of 1994, both men waived their rights to a jury trial and pled guilty to the murder of Michelle Laux. Billy Marsh had a negotiated plea and was immediately sentenced to thirty years in the Illinois Department of Corrections. “The reasoning behind the agreement with Marsh was due to several factors; the most important was that all the evidence pointed to Robert Nail as the one who actually inflicted the blows that caused her death” said State’s Attorney Henry Bergmann (Breese Journal, 1994). He went on to say “Marsh had been cooperative throughout the investigation. Nail made statements but Marsh was more truthful and helpful in piecing the case together” (Breese Journal, 1994).

Robert Nail, however, was given no such promise of leniency. Bergmann said the only agreement made in exchange for Nail’s plea was that the death penalty and natural life would be taken off the table. However, the State’s Attorney planned to seek the maximum sentence, one-hundred years. Robert Nail would be given a separate sentencing hearing.

Evidence was presented about the reckless homicide charge Nail faced at the time of the murder as well as his other legal troubles. Apparently, since being in county jail, Nail had also been charged with bringing contraband into the jail when he arranged for marijuana to be brought in. Nail also had a history of illegal consumption of alcohol, unlawful transportation of a weapon, multiple traffic violations, and misuse of a credit card (Judici, 2021). In closing arguments, the state said Nail was “a cruel individual with no regard for human life” (Breese Journal, 1994).

Judge Huber sentenced Robert Nail to eighty years in the Illinois Department of Corrections in 1994. Nail appealed stating the crime was not indicative of wanton cruelty and that it was unfair that Marsh received a much lighter sentence for the same crime. Marsh’s deal, however, had been made before Nail decided to change his plea to guilty and required Marsh to testify against Nail if they had gone to trial. The court rejected all of Robert Nail’s appeals and said, “the trial court could reasonably infer the defendant had no mercy or compassion but that his behavior was ruthless, callous, and uncaring” (Breese Journal, 1998).

Billy Marsh had since been released from prison. Robert Nail remains incarcerated at Graham Correctional Center. He will be eligible for parole in 2030, at which time he will be fifty-seven years old. Billy Marsh and Robert Nail showed little regard or concern for Michelle Laux and robbed her husband and child of a lifetime of memories with her on that bitter cold night. 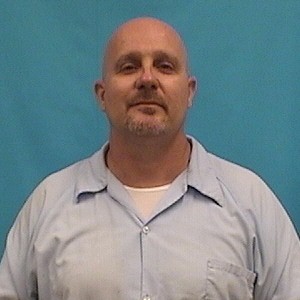